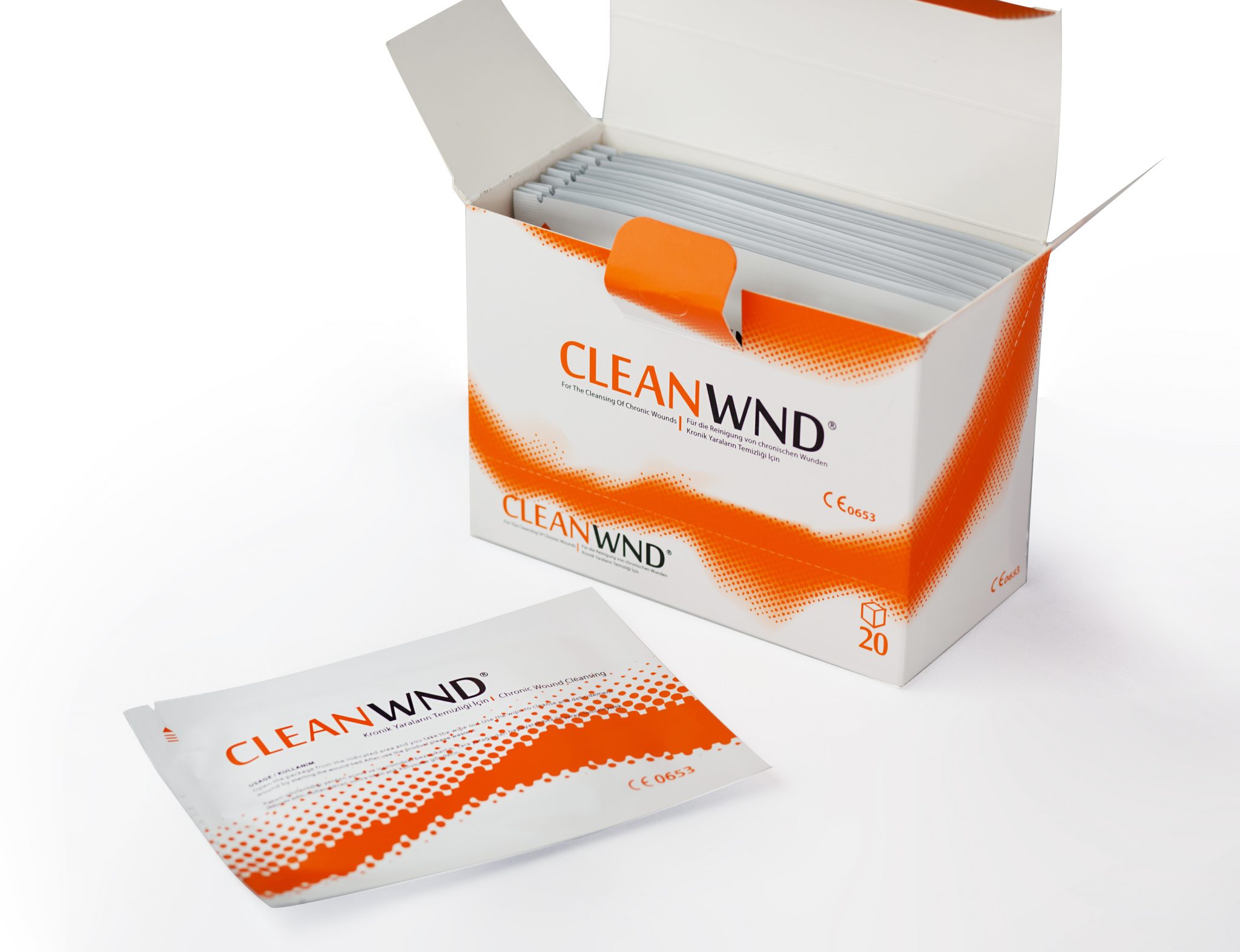 CLEANWND® has been designed to cleanse and debride wounds with a solution of Sodium Hyaluronate and Phospholipid which is suitable for wound cleansing at every dressing change. CLEANWND’s non-woven impregnated cloth is manufactured by the needle punch method and contains short fibres enabling it to collect wound debris easily during mechanical debridement without leaving any residual lint.

Hyaluronic acid (HA) is a major component of the extracellular matrix of the skin and plays an important role in the metabolism of the dermis. It has a key position in wound healing and tissue repair processes owing to its ability to maintain a humid environment favorable to healing and the stimulation of growth factors, cellular constituents, and the migration of various cells essential for healing. ¹ Article in SKINmed 15(6):441-448 . December 2017

Phospholipid The Phospholipid in CLEANWND acts as a surfactant to provide cleansing and also protection by replacing some of the phospholipid lost by the damaged and fragile tissue. A reduction in infection and increase in granulation tissue have been observed in pressure ulcers and venous leg ulcers when wound cleansing products containing phospholipids have been used in conjunction with standard wound care. ² The Turkish Anaesthesiology and Reanimation Association: Report Registration No: 638 Ref: 13FC7116 – DE69 – 4486 – 8A71 – B946A40E15DE 11 October 2011 Presentation Code: (P – 449)

To request your free sample, please complete the form below: