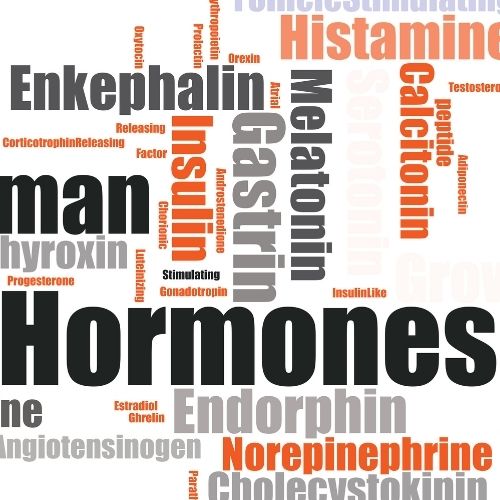 Detection of antibiotic, hormone and anabolic residues in food

When food producing animals are treated with antibiotics, hormones or anabolics, drug residues remain in the animal’s meat and milk. These residues may bear health risks for consumers.

“Residues are the remains of substances which are intentionally used during the production of foods.” (Source: BFR) These include veterinary drugs and pesticides. In order to protect consumers, maximum residue limits (MRLs) and monitoring programs have been established in many countries.

Our product portfolio includes various test systems, such as enzyme immunoassays (ELISAs), microbial inhibition tests and immunoaffinity columns for the detection of hormones, anabolics, antibiotics and other drug residues in different matrices.

Antibiotics are naturally formed metabolites derived from fungi or bacteria. Substances that do not occur in nature and are produced by modern biotechnology and chemical synthesis are called antibiotics as well. Antibiotics are able to kill microorganisms or inhibit their growth. In human and veterinary medicine, antibiotics are therefore used as drugs for the treatment of bacterial diseases.

Residues of hormones and anabolic steroids in foods such as meat or milk provide a potential health risk to consumers. Hormones are endogenous biochemical messengers which are transported through the bloodstream to their target organs. Besides natural sex hormones, synthetic steroids and beta-agonists can be used in livestock breeding to improve the average weight gain and the meat/fat-ratio.

In addition to antibiotics and anabolics, animals are sometimes treated with further veterinary drugs which can also lead to residues in food. Those drugs include fungicides (used to kill or inhibit fungi), anthelmintics (used to treat infections with parasitic worms), corticosteroids (a synthetic steroid hormone that supports several physiologic functions), tranquilizers (used for the prevention of transport illness and stress syndrome in pigs) and coccidiostats (used to treat or prevent the parasitic disease coccidiosis).

Chemical contamination of food is a health concern and may result from various sources. One important source of contamination is migration from packaging material. An example of this is the contaminant bisphenol A (BPA), a substance used in the production of poly-carbonate plastics. Via plastic bottles or plastic packaging, BPA may migrate into foods. EU legislation has therefore defined a specific migration limit (SML) for BPA.

Residues of hormones and anabolic steroids in foods such as meat or milk provide a potential health risk to consumers. Therefore, R-Biopharm offers test systems for the detection of natural and synthetic hormones and steroids.

Hormones are endogenous biochemical messengers which are transported through the bloodstream to their target organs. Besides natural sex hormones, synthetic steroids and beta-agonists can be used in livestock breeding to improve the average weight gain and the meat/fat-ratio.

As a result of inappropriate or illegal use, residues in food of animal origin such as meat or milk may occur and bear a direct health risk to consumers. Additionally, the entry of hormonal active substances into surface and ground water by manure can have an impact on aquatic ecosystems. Through drinking water and fish consumption, hormone residues could also re-enter the food chain.

In the European Union, the use of hormones and anabolic steroids as growth-promoting substances in animal breeding is completely banned and residues are monitored under surveillance programs (Directives 96/22/EC, 2008/97/EC and 2003/74/EC). However, the therapeutic use of certain hormones for veterinary purposes is permitted. In contrast, outside of Europe, hormones and anabolics can be legally used as fattening agents, because the local authorities assessed their usage as risk-free.

Androgens are natural or synthetic steroid hormones that stimulate or control the development and maintenance of male characteristics by binding to androgen receptors. The group of androgens includes many synthetic molecules in addition to natural testosterone. If animals are treated with androgens, drug residues may remain in the animal’s meat and milk. Our test systems can reliably detect androgen residues.

Estrogens (or oestrogens) are primary female sex hormones and play an important role in the regulation of many physiological processes of the reproductive system, such as ovulation, fertilization, implantation of the embryo and lactation. They can be produced synthetically and are used as a medication. Some estrogens are used as steroids. If animals are treated with estrogens, drug residues may remain in the animal’s meat and milk. Our reliable test systems can detect estrogen residues.

Gestagens (also known as progestogens or progestagens) are female sex hormones and a class of steroid hormones. They are sometimes used as growth promoters in livestock. When animals are treated with gestagens, drug residues may remain in the animal’s meat and milk. With our test systems, you can reliably detect gestagen residues.

β-Agonists are synthetic derivatives of the naturally occurring catecholamines. They are used as medication. When animals are treated with ß-agonists, drug residues may remain in the animal’s meat and milk. It has been known that β-agonists are suitable for use as performance improvers within the field of livestock production. In particular, the meat/fat ratio in fattened animals can be improved or the growth may be accelerated. However, such compounds have not been approved in the EU for use as fattening adjuvants (growth promoters) up to now. In addition to lipolytic and anabolic effects, β-agonists have relaxing effects on non-striated musculature. Thus, they can be used as anti-asthmatic and tocolytic agents. It is possible that β-agonists residues, after use in illegal practice, may lead to a risk for consumers. Therefore, the use of β-agonists use in food production was prohibited.